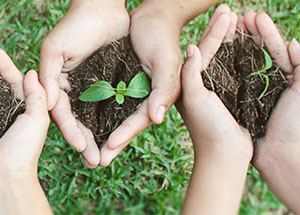 Last week, I became aware of the reality that we had programs running concurrently in several U.S. states and multiple countries around the world all on the same day. Many years ago, I had the simple desire to help leaders grow and change their worlds. Though still small in stature, many friends and colleagues are helping us make this a reality.

In 2018, we had over 10 active cohorts for The Complete Leader Program. These cohorts met in the United States, Canada, Spain, Brazil and Ireland. The Complete Leader book was translated into Spanish, French, and Simplified Chinese, adding to our earlier editions in English and Turkish. As I write this, friends are also translating the book into Russian.

I don’t write this to be boastful. Instead, I’m full of gratitude for the scores of coaches, facilitators and consultants who have partnered with us since January of 2017. Several of these people deserve special recognition:

I’m also grateful for every program sponsor, cohort participant, and graduate of The Complete Leader Program, for making our work worthwhile and continually growing your influence to make a difference in your families, your organizations, and with your customers.

We are excited about building on the success of all these people in the coming years. If you would like to find out how you can become part of The Complete Leader Community, please write to us at info@TheCompleteLeader.Org.