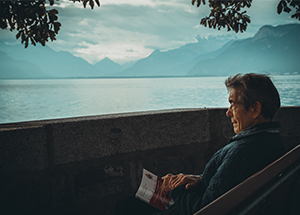 An important life theme I’ve always tried to live by is to never to judge a book by its cover. Talking recently with a coworker who had an unfortunate incident at a local car dealership got me to thinking about that.

In today’s fast-paced world, we tend to make quick decisions about everything, including how we judge people. In our quest for speed, we can often and easily make judgments based on superficial evidence we see on the surface. The problem with rushing to judgment on anything, especially people, is that we may make an entirely wrong assessment about someone when we don’t have all the information. If we make a point to treat people equally, regardless of what we may experience in our initial introduction, we may come to find our judgments couldn’t have been more wrong.

Quick to judge, quick to fail

My coworker Vanessa is a very successful businesswoman who has had much success working with people all over the world. She is great at what she does. Recently looking to buy a car, Vanessa went into a local dealership on her day off from work.

English is Vanessa’s second language, even though she speaks it better than many who have it as their primary language. On this particular day, she was ready and willing to purchase a new car, and likely could have written a check and paid for the car, free and clear. However, she never had the opportunity because she was completely and entirely ignored at the dealership.

While I don’t know the reason for the dealership’s ignorance, she was hurt, disappointed and angered all at the same time after being shunned. Whether it’s because she is a woman, had an accent, came in with her children, or wasn’t dressed in her best business attire, no one will ever know the real reason she was not acknowledged. But the fact remains that she came in to buy a car and didn’t even have the opportunity to do so because someone made a judgment about Vanessa, albeit a very, very poor and wrong judgment. This reminded me of a related story I experienced when I started in the field of sales.

Trying to find my way in the workforce, I landed my first career job in the carpet business in New York as a young 19 year old man. I had the dual-pressure of having to learn how to sell while also working for my then soon-to-be father-in-law.

My father-in-law was a lot of things, and one of those things was a person who was quick to judge. He would often size up people who walked in the door and casually walk over and whisper something under his breath. Most of what he’d whisper was negative comments about the people in his store. Despite relying on people to buy carpet to keep him in business, he was quick to judge and even quicker to write someone off a lost cause.

I used to work a very late shift on Mondays, starting at 8:00am and working straight through to 8:30pm. On one particular Monday, a woman came in speaking really broken English. I could hardly understand her, but I was able to discern she needed carpet. She was there with her kids who were apparently fully caffeinated and very vocal. I provided coloring books for the kids so they’d have something to do so I could focus on the lady’s carpet needs. My father-in-law sized her up and made one his usual quick judgments. He assumed she wouldn’t buy anything. He walked over to me and quietly whispered “don’t waste your time.”

Though I knew it would be a challenge with the language barrier to overcome, I spent the next two hours showing her different colors, patterns and styles. She matched these various samples with fabrics, paint and wallpaper that she brought with her. After our extensive consultation was over, I wrote everything down for her that we discussed so she had the information to take home. The minute she left, the boss make it a point to come over and tell me that she’s probably just wasted our time. He expected her to take what I wrote down and shop it elsewhere for a better price.

While I didn’t make a sale, and I did spend a considerable amount of time with her, I still felt as if I had done the right thing, despite the misgivings of my father-in-law boss. My philosophy is simple: treat people the way you want to be treated and don’t judge a book by its cover. It’s pretty simple, actually.

Everyone in the store left for the day, leaving me to man the store until the 8:30 closing time. Sometime during the last hour or so, in walked a well dressed man who introduced himself as Mr. Guerrero. And behind him came Mrs. Guerrero, and her kids; the same family that I spent two hours with earlier in the day.

When Mr. Guerrero came in, the first thing he did was thank me for being respectful to his wife. I was somewhat taken aback. I never received that kind of compliment before. He explained that they had moved to the United States three years ago, and while he did all he could to learn the language, his wife preferred to speak in her native tongue. Because of that, she encountered a lot of difficulty when she tried to communicate with people. He explained that many times, she would be quickly dismissed, or ignored altogether. He appreciated that I showed her respect and didn’t let the language barrier impede the possibility of doing business.

He went on to say that he was here because he wanted to put his stamp of approval on his wife’s carpet selections. He went to his car to get something and came back in with a set of blueprints. He was building a brand new 16,000 sq. ft. home and wanted the entire thing carpeted. And he wanted to purchase every square foot of the carpet from me!

He went out to his car to grab his checkbook to put down a deposit. He had a brand new, shiny black Mercedes. He gave me a deposit for $10,000 without even trying to negotiate the price. He was thankful his wife did the leg work which saved him having to do so himself. I did not judge her anymore than I judged him. I listened as best as I could when she came to me for help, I helped her and we both had a win-win.

When my father-in-law came in the next morning, his eyes immediately lit up. He saw the $10,000 check sitting on his desk for the deposit. He asked where that came from, I smiled and paused. Then I said, “remember the lady who you told me not to waste my time on? That is her check.” For once in his life, my father-in-law had absolutely nothing to say.

This experience by itself could have taught me everything I ever needed to know about dealing with people. But I’ve had plenty of other experiences to remind me, in case I ever forget. In kindergarten, I had a friend with a severe speech impediment. While other kids ignored or even mocked him, we became friends. To this day, we remain great friends and talk at least once a week. I could have judged him like the other kids did, but I chose to take the high road. Now he’s about to turn 50 next year and he’ll celebrate that milestone by selling his large company in New York City which he built and he’s set to land about $480 million in the process. I wonder how many classmates would be willing to befriend him now?

That’s how I grew up. Whether it was a paper route, pumping gas, or talking with someone with personal challenges, it didn’t matter. I treated both the jobs and the people with respect. And I learned not to judge people, for better or for worse. When we judge we are usually so far from the truth.

It’s similar to judging a book by its cover using a behavioral assessment such as DISC. Looking at my personal report gained from taking the assessment, my combination of Low D (hesitant), High I (optimistic), High S (passive), Low C (arbitrary) does not scream sales leader. Someone looking only this deep may never have considered me for a sales position. Yet sales was my life for 25 years and I had a great deal of success in that field. That’s why it’s important to use assessments as tools but understand they, individually, may not tell the complete picture about a person. It’s always best to look deeper than DISC to uncover the bigger picture. And always remember, no matter what your initial impression may tell you, never judge a book by it’s cover.

This blog originally appeared on blog.ttisucessinsights.com