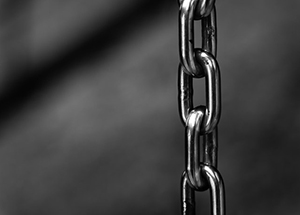 What is it about resilience that seems to be so captivating and elusive? Is it the stories or the desire to never get discouraged? As a leader, your resilience will be tested.

In 1993, I was just four months as the new Executive Director of an organization in Maine with a budget of about $1.4 million. This money supported people doing work in schools and universities. Then a major funding source ended leaving a $1M hole in the budget for the next fiscal year.

The questions began: What should we do? Close or continue? Staff would have to be laid off and programs cut. Could we recover if we continued? The odds seemed against us for sure.  We began to examine what we did and whether we provided value to our clients. The most revealing question was, What if we went away, would we be missed?

This self-examination was a powerful tool that ultimately lead the board, staff and me to broaden our view while narrowing our focus on our value proposition.  This forced us to have a laser focus on our core work. In the words of Ron Price, we “focused on the one thing.”

There are many recommendations for how to be more resilient. For example Nick Petrie at The Center for Creative Leadership lists four steps to build resilience. They are:

This list is more prescriptive than Ron’s “one thing,” though it has many similarities. It does include a component of personal accountability. Being personally resilient is hard, but it is up to you and not others.  If you resort to the blame game, believing that your adversity has happened because of others or that you are the only one this adversity has ever happened to, you will have lost perspective on what you can control. Staying focused on what you can do, staying attentive and recognizing it is not all about you, is key.

One final thought about resiliency is the need for adaptability and support systems. When adversity hits it is unlikely you will have experienced it the same way before. Having the habits of mind to be a translational leader who connects with your networks, other perspectives, and agendas while bringing them into a coherent, focused plan (from the book Resilience: Why Things Bounce Back) reduces your isolation. Again this strategy is going wide for ideas while narrowly focusing on your core work.

Returning to my story, the board and I felt strongly that we had services and products that were needed and made a real difference, so we decided to stick it out. Our first public statement was, “We are still shining,” which was represented by a lighthouse. Our goal was to show our clients we still had focus and would help light the path forward. Of course, it also fit the Maine context, where the organization was based.  Five years later, we had reached more people and increased our revenue beyond when I first started.

There is no secret recipe to becoming more resilient. Knowing who you are, what you do, its value, what has to be done in your context, and being relentlessly focused are steps in the right direction.